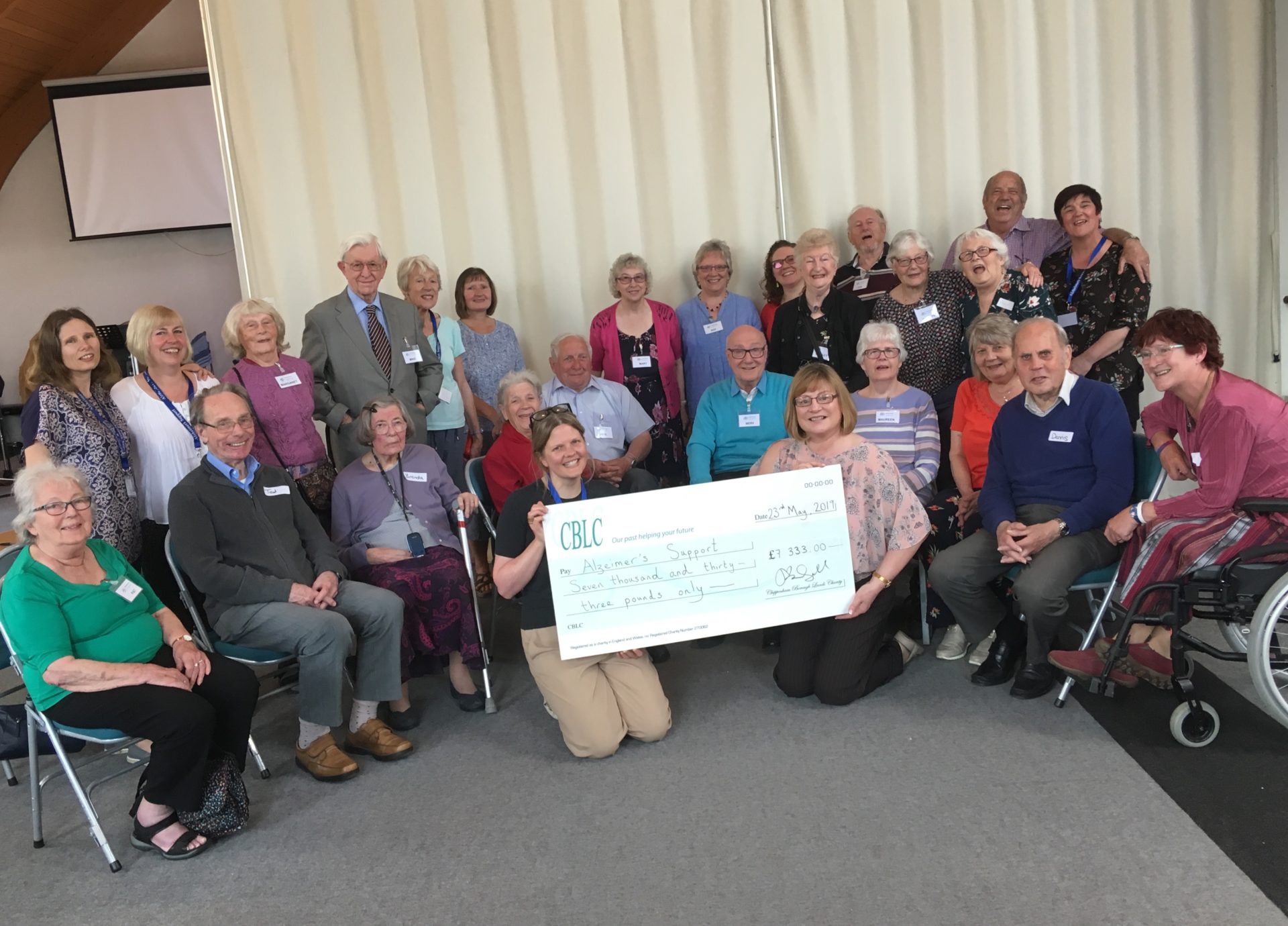 “We were delighted to receive this award. We know how much our community groups are valued by people living with dementia and their families and it is wonderful to have this support from Chippenham Borough Lands.”

The Memory Cafe support group meet fortnightly on Thursdays providing a meeting place for people with dementia and their families. It’s a clearly much-valued social and information gathering occasion. Proving the opportunity to strike up friendships, chat informally to professionals, find out more about dementia and enjoy refreshments and entertainment. Local poet Sue Simmons was the speaker and provided the entertainment for our visit to the group. She read some of her self-penned poems which were both beautiful and poignant. Some were also very funny.  The emotional power of poetry made for a wonderful and moving morning.

Cafe members had been asked to bring along their own favourite poems or self-penned works and there was not a dry eye in the house as one of their members read aloud a poem for his wife. He had written it during a difficult time and wanted everyone to know how much she meant to him and always will. Everyone then had a go at composing group poems on the theme of friendship.

Here is the effort from the lovely and welcoming group that Katie, our Communications Officer, was part of. Not bad for 10 minutes which included time to talk about what friends mean to us and to pen the poem!

It was a fantastic morning full of chat, entertainment and laughter with a few tears along the way too. Thank you to the members of the Chippenham Memory Cafe and Alzheimer’s Support staff for giving us such a warm welcome.

Dementia affects 850,000 people in the UK and there are more than £7,000 living with it in Wiltshire. It’s a progressive condition affecting memory, thinking and reasoning and communication. The majority of people with dementia are older, with one in 20 people over 65, and one in 5 over 80 affected. Alzheimer’s disease is the most common form of dementia.

The number of people living with dementia in Wiltshire is expected to rise by 44 per cent by 2021.

A big THANK YOU!

Planning permission has been granted for our new Skate Park and Climbing Centre in Chippenham!

We’re constantly trying to improve our communications with our target audience of the People of Chippenham.

If you have any comments on what’s on the website or suggestions on how we might improve it, we’d love to hear from you.

Use our Contact form to get in touch. Or please take a few moments of your time to answer the below survey to help us improve our service.